Manchester-based The Vivid Press was set up in 2018 as an alternative to established publishers.

Following a, shall we say, ‘disappointing,” foray into mainstream publishing with an established company, the founders decided to bypass the usual routes and take control of the entire process from start to finish. Their models were the Independent Record Companies of the ’70s and ’80s, the New Hormones, Stiff, Factory and Mute labels who worked with like-minded individuals to put out products that they wanted to buy, Naturally, of course, we hope not to emulate Factory’s bookkeeping skills.

TVP’s first release, COVER STORIES,(“8 Classic Songs Remixed As Short Stories”) is attracting critical acclaim and attention, from book lovers and musicians alike, thanks to its original premise, content and – yes, let’s do judge a book by its cover – its striking “sleeve.”

,Soon to come, TVP will be releasing “The General Theory Of Haunting,” one-third of The Snow Trilogy. This book has had a previous release with a mainstream publisher, but TVP are taking it back and doing it their way. As was once famously said by the late Tony Wilson; “This is Manchester. We do things differently here.” 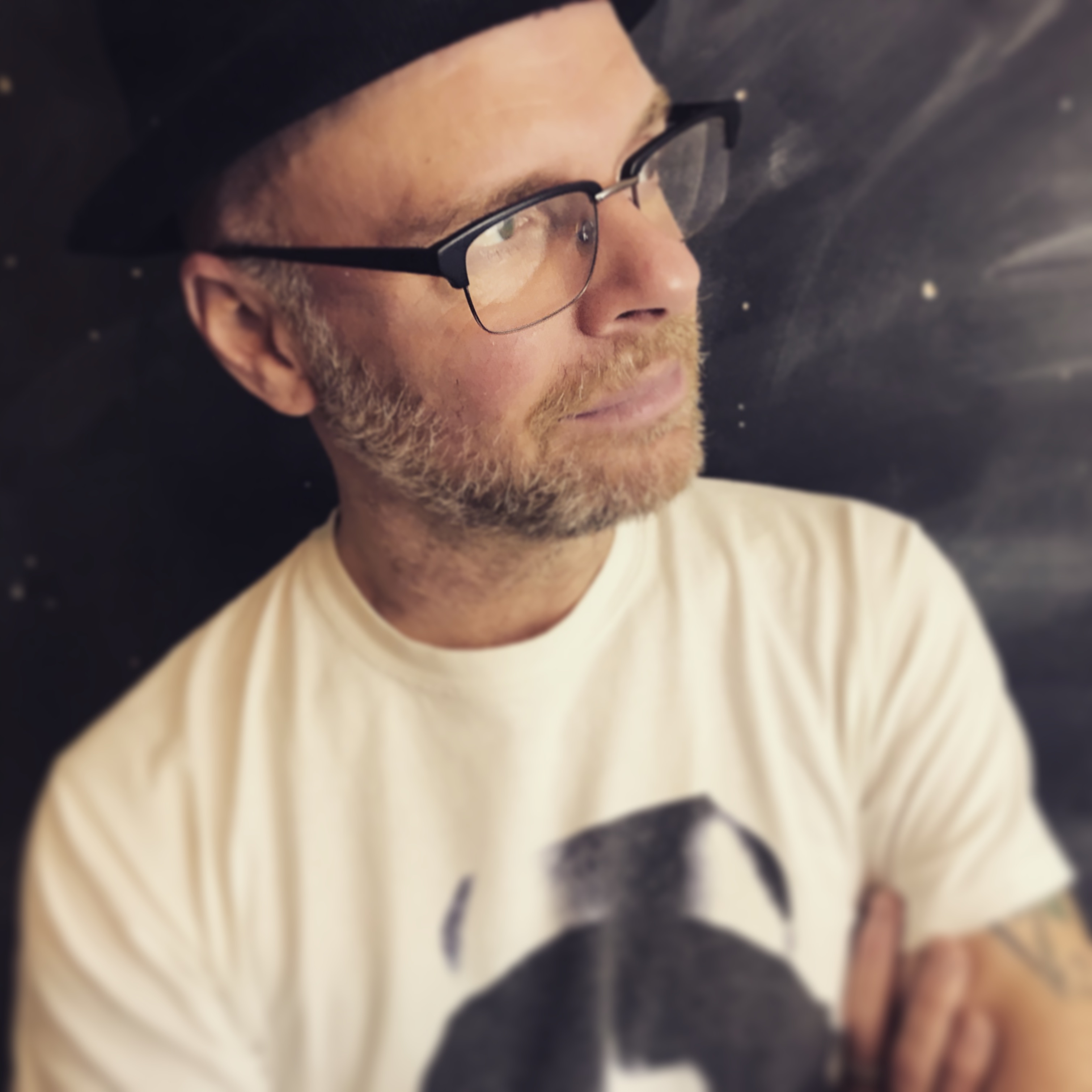 Richard Easter was born and raised in South East Essex.

He’s been a professional writer for 30 years, after starting as sketch producer and co-presenter on BBC Radio One’s highly successful “Steve Wright In The Afternoon.”

From there, he moved into TV entertainment, on shows such as “Who Wants To Be A Millionaire”, “The Voice”, “You’ve Been Framed”, “Britain’s Got Talent”, “Harry Hill’s TV Burp” and many more.

Richard’s never been far from music; he’s had a top 5 single, written for the NME, performed on Top Of The Pops three times, presented Radio One’s “Evening Session,” had Paul McCartney make him tea - and then sing “Heartbreak Hotel” to an audience of three, got lost in Broadcasting House with George Michael, coached Kylie, watched The KLF burn a wicca man on Jura, tracked down Joy Division’s actual synthesiser, bought it, then broke it, which was very Joy Division of him.

The Vivid Press
The Vivid Press is an independent publisher promoting the books COVER STORIES and the SNOW TRILOGY (3 books set in and about snow).

The Vivid Press is an independent publisher promoting the books Cover Stories and The Snow Trilogy (3 books set in and about snow).

A selection of our books

We use cookies to ensure that we give you the best experience on our website. If you continue to use this site we will assume that you are happy with it.Ok